Philadelphia May Have Pat's But This Region Has Gunzey's 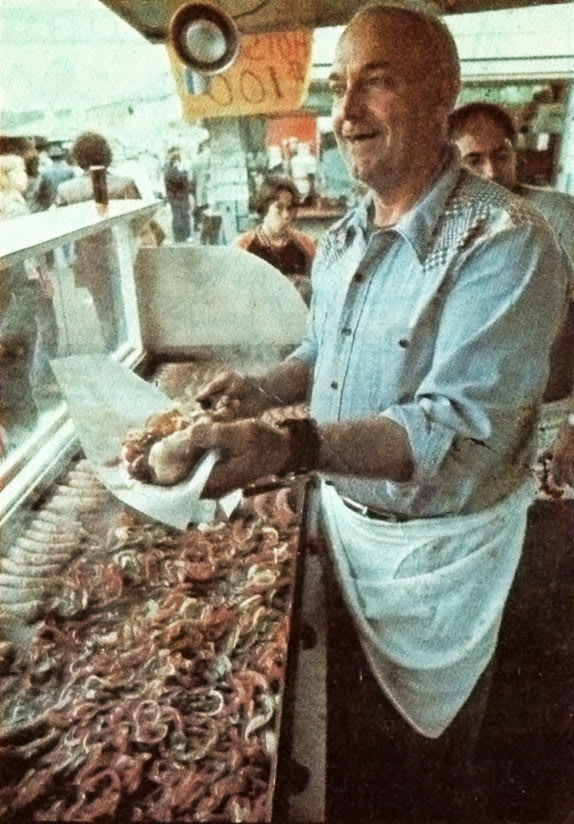 BLOOMSBURG–“You’re not a carney, dear. I am, and I understand the pros and cons of these things,” Lois Gonzales admonished a visitor to the tent just behind Gunzey’s hot sausage sandwich stand at the Bloomsburg Fair.

The subject under discussion was the placement of a nonfood stand between two food stands. As crowds stopped to listen to the music, they blocked the access to the other stands, and the visitor had offered a solution that Lois didn’t entirely agree with.

Lois and her husband, Harold, better known as Gunzey, are carneys, part-time, to be sure, but carneys nevertheless. Gunzey’s hot sausage sandwiches have been a fixture at area fairs for almost 20 years now, and the business continues to grow.

In fact, this summer saw the inauguration of a new stand built by Gunzey’s son-in-law, John West, with the help of a cousin, Jerry Haines. Starting with the a mobile home chassis, the two men drew plans, customized fixtures, and spent long hours building the latest Gonzales kitchen-on-wheels, until, complete with polished white metal skin, countertops, and stools, it was ready to hit the fair circuit. This stand joins two others in the Gonzales fleet, all used to produce the hot sausage sandwiches, steak sandwiches, and something new called a “barnyard,” a sausage patty, slice of cheese, and fried egg, which have become Gunzey’s trademark. What Pat’s, the famous Passyunk Avenue eatery, has done for Philadelphia’s cheesesteaks, Gunzey has done for the Central Pennsylvania hot sausage sandwich.

A Family Affair And the operation is definitely a family affair. At any given moment, the helpers are liable to be sons, daughter, grandchildren, and, like Gilbert and Sullivan, “aunts and uncles and cousins by the dozen.” The contingent at Bloomsburg this past week included 12 family members housed in two trailers. The Gonzales family doesn’t so much arrive at a fair; they invade it, bringing with them their own blend of hard work, good humor, and, yes, plenty of good food.

Last Wednesday, when Lois took a few minutes to relax in the tent behind their stand, a steady stream of friends and visitors soon swelled the ranks of the fairgoers, who, sandwiches in hand, headed for the tables set up in the tent. One, a businessman from the Wilkes-Barre area who built their first stand for them. Another time it was friends from Laurelton, Mr. and Mrs. Elwood Hassinger. Mr. Hassinger is president of the West End Fair, and Lois took a few moments to reminisce about a memorable gift presented her by the workers at the West End Fair, one of the regular stops on the Gonzales summer circuit. And a few minutes later, the delivery man from the bakery which supplies their rolls, stopped by to check on their supply.

How did they get started in this business?

“Well,” says Lois, “Gunzey said I was a good cook, and I guess that started it.”

She relates how they ran an East Lewisburg restaurant known as “The Fence” for several years, operating it in a tent. From there, things just grew.

Lois’s short history lesson is interrupted by the appearance of Gunzey hustling through the tent with a large pan of sausages, headed for the grill in the trailer.

“This isn’t like cooking hot dogs, you know,” explains Lois. It takes a good hour to cook those, and if you get behind you never do catch up.’

Catching up is something the family can do this coming week, when, after the closing of the Bloomsburg Fair, the Gunzeys can return to their Kelly Crossroads farm, and prepare for yet another season on the fair circuit.