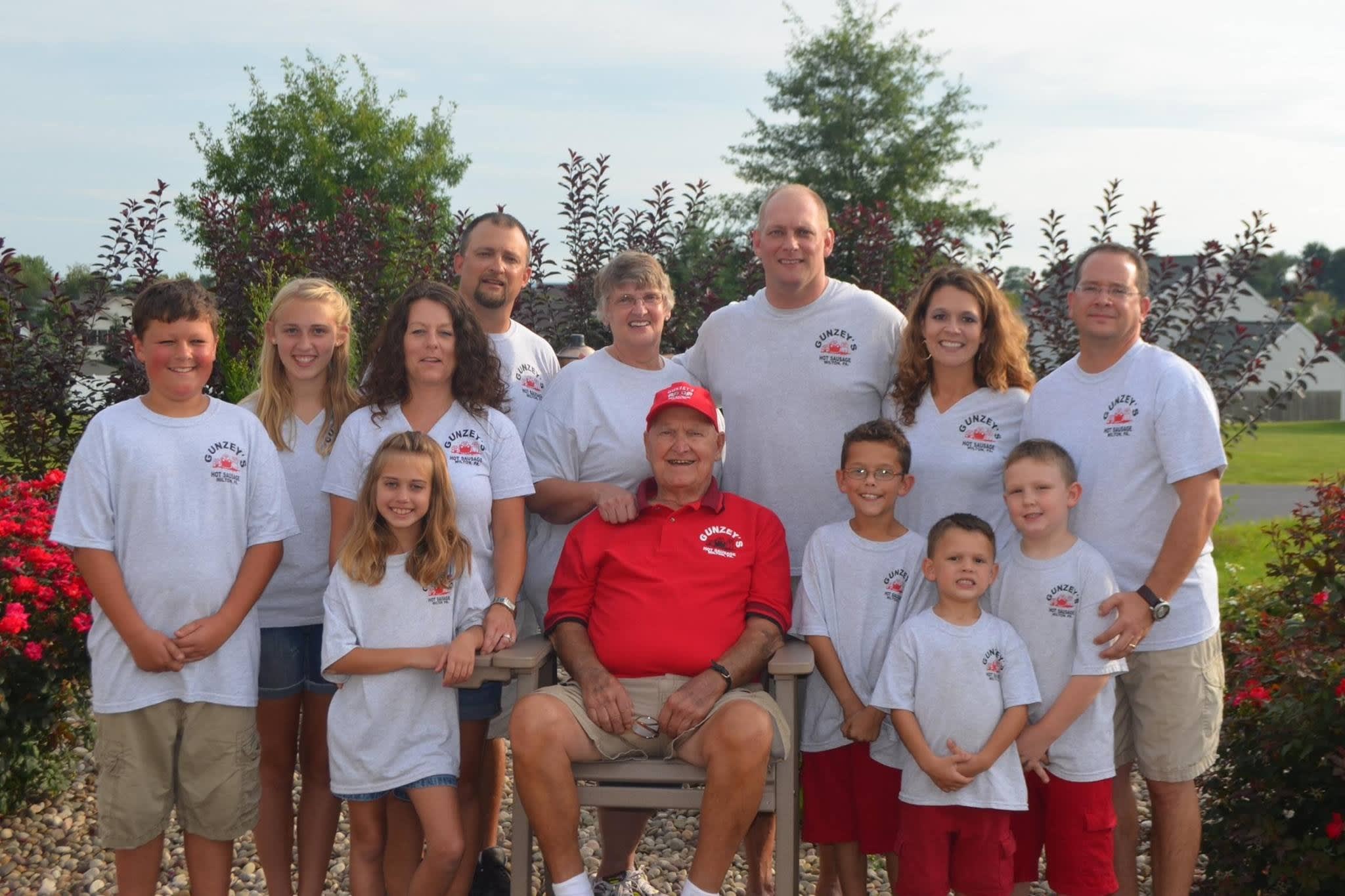 BY TABITHA GOODLING / For The Daily Item

MILTON — Gunzey’s Hot Sausage concession stand is all about family.

The traveling business celebrates 50 years of serving the community this year and is making its Italian sausage avail­able to the public year-round with Gunzey’s Go Grocery.

Harold Gonzales started the business in 1963 during his va­cation from engineering on the railroad. His very first conces­sion was at the Bloomsburg Fair, and he has re turned every year since then as well as traveling to fairs and carnival grounds all over central and western Penn­sylvania.

“Gunzey” is how Gonzales is known to his friends. At age 88 he still helps feed the crowds with a smile. Gunzey’s wife, Lois, who he called “the brains” of the operation, has since passed away.

Now the business is operated by his daughter and grandchildren with the help of his great-grandchildren.

Part of that effort is to put the sausage into local grocery stores.

Making the move to place the sausage into the stores was a big decision for Gunzey, said West. “My grand­parents were even reluctant to sell T-shirts. They just don’t want their name to be misrepresented.”

Once Gunzey was as­sured of his grandchildren’s reasoning, he was happy to oblige, West said.

“My sister and I wanted to honor my grandfather and this legacy.” He added, “Anything that honors my grandparents gets me excited.”

Currently the sausages are available for purchase at Lingle’s Neighborhood Market in Renovo, Watson­town and Jersey Shore, as well as Country Cupboard in Lewisburg, Ard’s Farm Market in Lewisburg, TJ’s Market in Hughesville and Lucky Seven Meats in Lock Haven.

Their grandparents’ life story is one both Strous and West admire. They recall Lois telling stories about their grandfather, a Marine Corps veteran, and how he operated a few restaurants in Milton early in his career.

“When the kids got older he bought the concession,” Strous said, “My mom was 16 at the time.”

When the grandchildren came along, both West and Strous helped at the stand, too. West recalled each night after closing he would help his grandmother count money. She would then fill his mind with words of wis­dom and experience that only a grandmother could say — from basic math skills to how to communi­cate with people and solve problems.

“Those stories shaped me into who I am,” West said.

Over the years the Gon­zales family met other con­cession families and even witnessed some of those businesses — and their families — fall apart.

“But our business was about family first,” West said.